By Steve StaniekI spent 40 years in Health Physics, protecting workers and the public against nuclear risks, and by the time I retired I was a..

I spent 40 years in Health Physics, protecting workers and the public against nuclear risks, and by the time I retired I was a stressed-out wreck. We moved to the country where I began to study shamanism as a path to healing. I took a couple of basic shamanic courses from FSS, and began to work with nature spirits on our 4 acre woodlot.

Trees have always been my standing sisters, and birds my closest spiritual allies. Eventually, I understood that I was an environmental empath with an affinity for these spiritual sources. I discovered that my body was a detection system that was constantly picking up environmental energies around me. Once I became aware of how these external energies influenced the way I feel, I began to understand many of my agonies and my ecstasies. 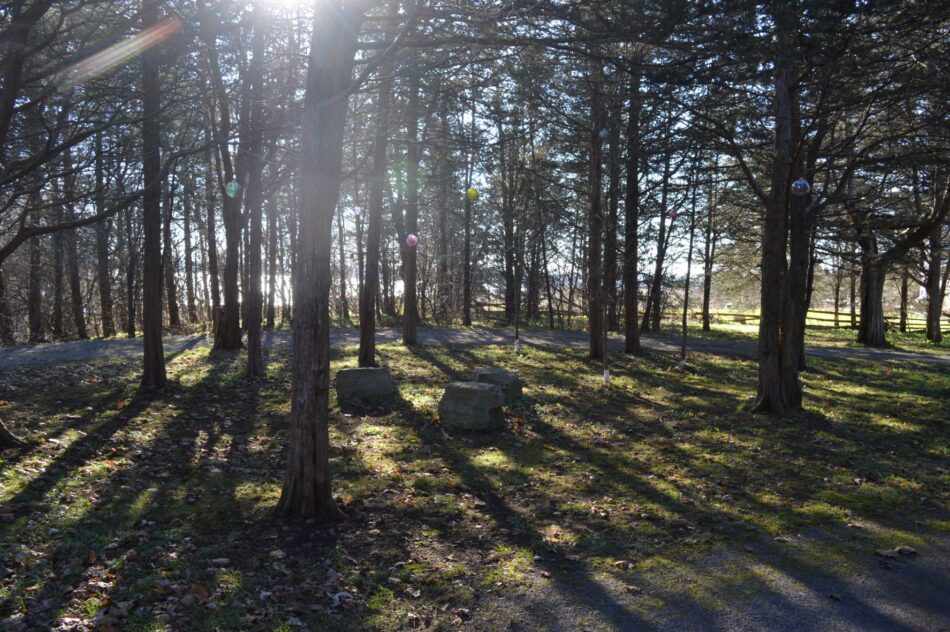 After about 5 years of growing relationships with nature spirits in an area on our property we call the glen, I had an extraordinary mystical experience. I awoke early one morning, and walked down to the glen in total darkness, to attempt an early morning meditation in a spot I had been using for its natural energies. Even though my eyes had been dark adapted, I walked into a fallen tree, which left scratches on my face that lingered for several days afterwards.

It took about two years of deep investigation, to sort and understand what happened next. As my face slammed into tree branches, the instantaneous shock from what I perceived to be an attack on my life in total darkness, caused my etheric body to separate from my physical and astral bodies in a spontaneous defensive reaction.

As I walked around the fallen tree trunk I became entangled in what looked like spider silk, mostly around my face. When I neared the trunk, I saw a huge display of luminous energy hovering over the entire tree trunk. What I had initially mistaken as a tree spirit leaving the dying tree carcass, was in fact my etheric material spreading itself out like a glowing blanket, a couple of inches thick and about 30 ft long. It was my etheric body, my body double, revealed in ancient Vedic texts, and described in detail in A. E. Powell’s book “The Etheric Double”.

As I knelt before it to get closer, it looked like a slow-moving plasma containing glowing and glistening grey-blue microparticles, and it extended over the entire trunk of the ash tree, as if to prevent another attack. Nothing else in the glen was glowing. I knelt in wonder and shivered, until it disappeared with the morning light.

This event has changed my life. I saw a magnificent, non-physical part of myself, my etheric body which is composed of pranic [chi] energy, become projected violently from my physical body, against a perceived tree assailant, in ordinary reality. Apparently, the etheric body does not support consciousness, and my consciousness remained in my physical body during the entire event.

Developed psychics are able to see our etheric aura sticking out beyond our skin, but they don’t actually see the rest of the etheric body. This visual evidence convinced me that we’re constructed according to Vedic teachings, with multiple bodies: physical, etheric, astral, and ego, each with a role to play. It showed me how we defend ourselves on a spiritual level, even against a passive tree trunk.

Humans are amazing creatures with enormous spiritual abilities and powers.

The nature spirits in my little community have shown me many wonders, but this secret opened the doors to understanding how we journey naturally, or astral travel every night in our sleep. The etheric body is the silver cord that attaches our travelling astral body to our physical body during sleep, like a tether. The silver cord stretches out to the cosmos.

When I shared the wonderful news that there would be new life in our family, it was received by the community of spirits in the glen with great excitement.

Spiritual excitement acts like a magnet that draws more spirits, and the bird world sent its emissaries, including the great Phoenix that represents new life from old.

It’s known in many cultures for its longevity, healing compassion, and ability to renew itself at the end of its life. As it sits on its freshly made nest of fragrant herbs, it claps it wings and explodes into a magnificent fireball of sunrise colours. In the ashes of the nest, a tiny worm appears and begins to grow into the next Phoenix. I had no previous relationship with this mythical bird, but when I first felt its energy, it felt as though something in me had been waiting for it.

I learned to discern between my natural energy cycles, which I use as a baseline, and external energies that visit me from away. The spirit of the Phoenix [energy], came to me as a growing warmth in my heart, as I stood outside looking at Granddad’s workshop, contemplating the best outcomes. That energy became embedded in the artwork, and I reconnect with the Phoenix every morning, since it has become central to my sunrise rituals.

Some Examples of Shamanic Relationships and Shamanic Work….

Many autistic bodies have a tight musculature that works like armour, which often prevents us from relaxing completely. It makes sitting meditations difficult, so I do walking meditations most of the time.

We have a four acre, tree filled property in the Bay of Quinte. My spiritual study of trees informs me that trees are fountains of healing prana or chi energy, also called orgone by Wilhelm Reich, that merge to form subtle energy fields. Each species: oaks, maples, cedars, spruce, pine, beech, and hickory, contributes a different field, and my walking meditations move me through these subtle energy fields, where I’m immersed and soothed like in a bath. This allows me to sink down into a soft trance, which opens me to the seen and unseen life forms along my routes.

Several years ago, I established a sacred ancestral spot where I’ve added some family artefacts, and it’s guarded by my loyal cement elf. My daily walks also connect me with my unseen family members, and I walk and confer with an infinite line of family spirits, all the way back, and all the way forward. 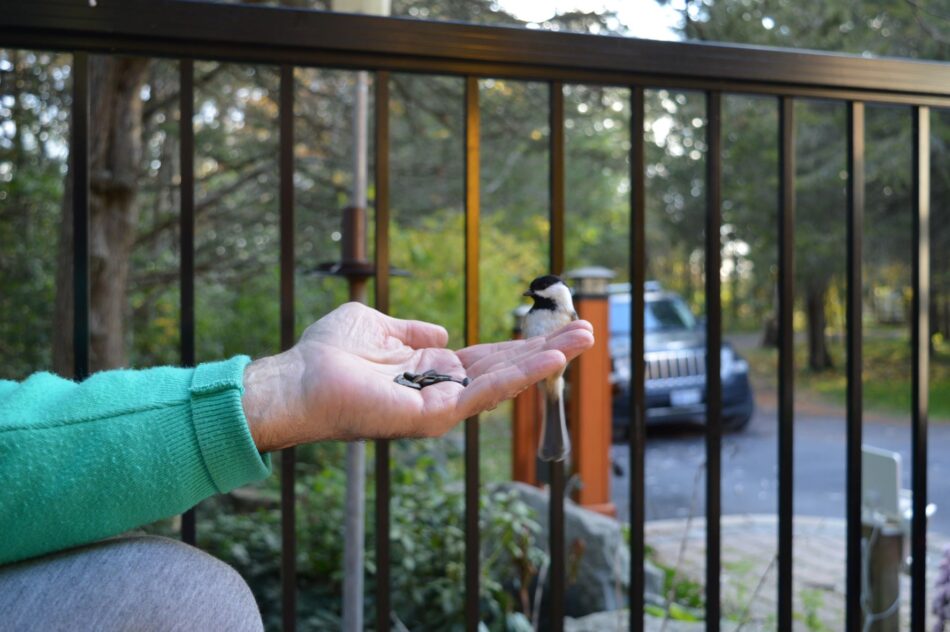 Last year my sacred ancestral spot was desecrated by the local red fox. Mr. Fox had been raiding my community of feral rabbits, and when I saw him coming up the path towards the house one day, I positioned myself high on the back deck, for an ambush. As his face came around the corner of the foundation, I hit him with a stream of rain water from my SuperSoaker 500.

I can still see his big surprised eyes as he turned and fled. This smarty fox was so traumatized by my watery attack that he became obsessed with learning the source of the water. One day, as my wife and I sat eating dinner in front of the deck windows, Mr. Fox came quietly up the stairs to the deck. He was so gaunt that he slipped between the stiles of the gate, and tippy-toed to the exact spot from where I had blasted him with my water gun. He sniffed every flower pot and deck chair, before retreating down the stairs. A couple of weeks later, I found a raven’s wing, partially buried in a rocky part of my sacred spot. A sign of respect or disdain? 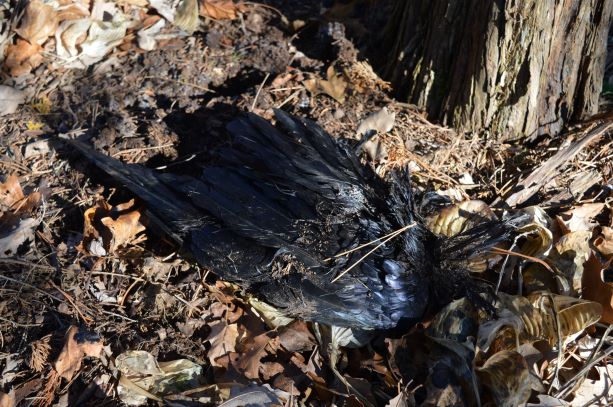 Three years ago, the local female garter snake and I, had a tug of war over a fallen bird that had collided with our windows. Mama snake knows where birds fall, and she conceals herself under a cover of ground ivy. After hearing the bird hit the glass, I went out to rescue it, but Mama snake got there first. We had a quick but ugly face to face contest of wills, which she won.

About 4-5 days later, I was doing my shamanic dance in a sacred cedar grove in front of my home, where I had arranged three large rocks. When I looked down at “my meditation rock” I saw a grey pellet, the size of a walnut sitting on top. Long story short, it seems that garter snakes are like owls, and will regurgitate any indigestible parts in a pellet form, several days after eating. The pellet contained identifiable bird parts. Mama snake knows my scent well from constantly licking the air when we’re together. This summer I spotted her in her usual hunting grounds, with a white tree frog lodged in her mouth. I didn’t want any more pellets, and I had learned my lesson, and knew enough to leave them to their fates. 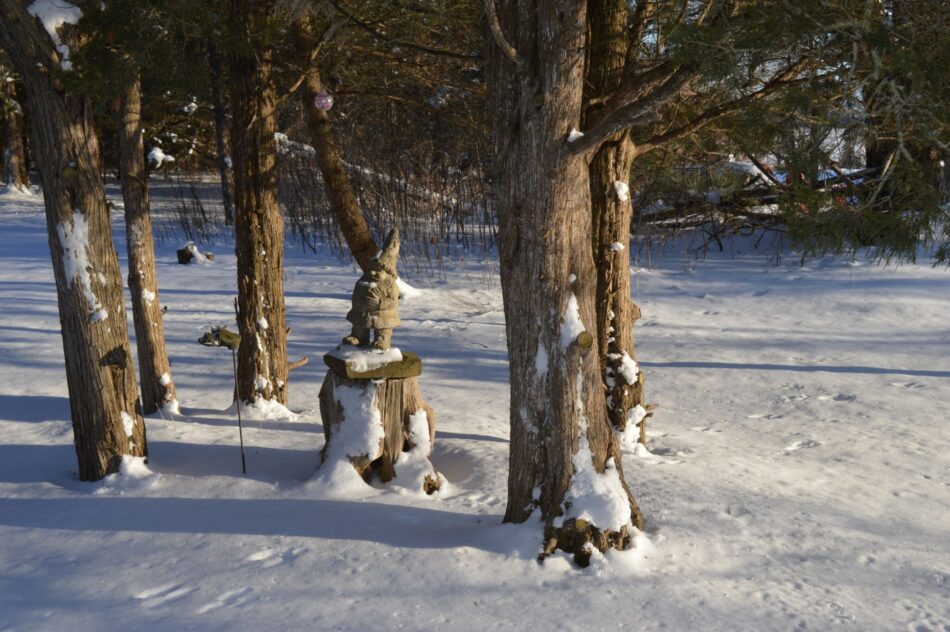 I create and perform rituals in the glen, the cedar grove, and the Phoenix nest, to contact, engage, and confer with helping spirits for various purposes. Years ago, I conducted dowsing surveys on my property, which showed me several lines of energy converging in a nexus located among three cedar trees in the glen. My bodies found the energies in this spot to be conducive to meditation, and I chose it as home base for my meditations, and spirit councils. My meditations grew into increasingly complex rituals, as I imagined working with simple nature spirits.

My normal work style is generally slow and casual, and consequently many of my projects are unfinished.

The Phoenix project however, came with so much energy that it flooded me each morning as I began to create. It was sustained for at least three weeks, and I knew that it was not my normal energy, but magical bird energy that I was feeling and expressing. 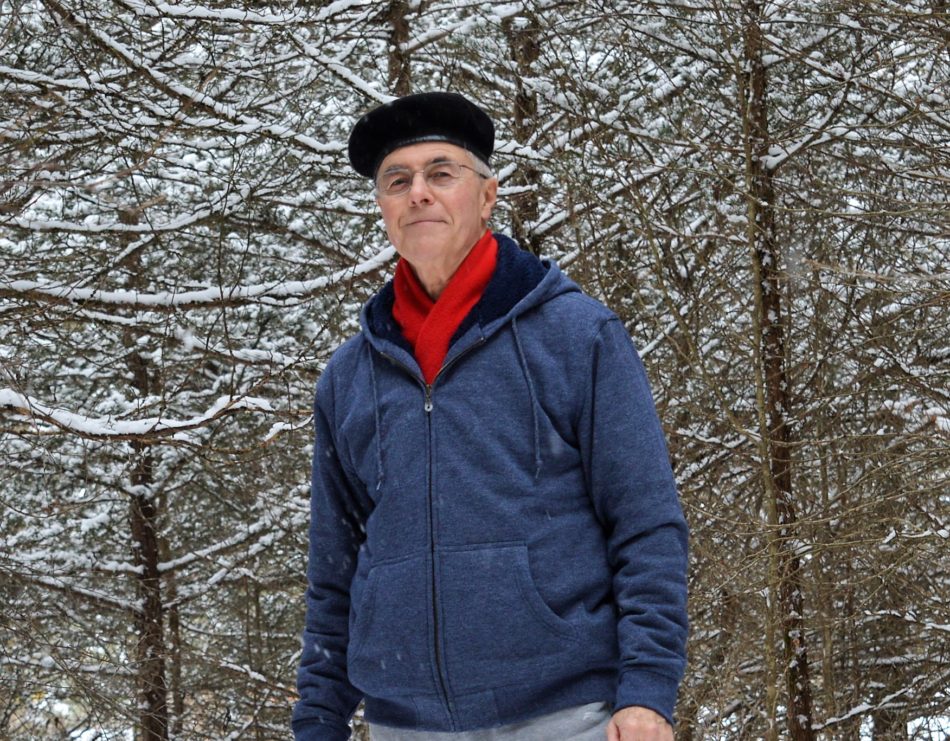 Steve is a lifelong community activist, who’s main interests are human rights and public safety. He found the shamanic path to be a natural fit, and believes that discovering our spiritual sovereignty and growing it, will heal and liberate us. Read Steve’s Unconventional Autistic Perspective.