Film Review: "Don't Look Up" - A Masterclass on Autistic Ableism

Spoilers ahead for the Netflix original film Don’t Look Up.by Allison WallWhat’s that in the sky? Is it a bird? A plane? A planet-destroying comet?Oh...

Spoilers ahead for the Netflix original film Don’t Look Up.

What’s that in the sky? Is it a bird? A plane? A planet-destroying comet?

One of Netflix’s original big movie hits over the 2021 winter holiday season was Don’t Look Up (directed and written by Adam McKay with story by David Sirota), an ironic, dark satire in which the human race allows itself to be destroyed by a “planet killer” comet because of a toxic cocktail of power-hungry, narcissistic leaders and a pervasive truth-denying culture.

I’m not writing to analyze the message of this film (climate change is here, it’s real, and pretending like it isn’t happening is as ridiculous as pretending a giant comet hurtling toward our planet isn’t hurtling toward our planet) or to provide a recommendation on whether or not anyone should watch it. I’m writing to address the film’s problematic characterization of one of its key villains.

In Adam McKay’s Don’t Look Up, Peter Isherwell (played by Mark Rylance) is the genius founder of tech company BASH. He seems to be a cross between a Steve Jobs and an Elon Musk, but with blatant autistic coding. His character is first introduced at a sort of symposium presentation and before he comes on stage, there is a voiceover that states:

“Before we introduce the founder and CEO of BASH, please remember to avoid eye contact, sudden movements, coughing, or negative facial expressions.”

There is rapturous applause. As he enters, Isherwell’s mannerisms are stiff, his facial expression fixed in a sort of half smile, and when he speaks, his voice is high pitched and tonally flat. When a child tells him, “I love you, Peter,” he ignores her.

I’m not sure how anyone could make eye contact through the glare of stage lights. The connotation around this bizarrely timed request for accommodations is that they are strange, and they set Isherwell apart as such.

That alone would be enough to signal to me that the filmmakers have Isherwell as autistic coded, but it gets worse.

The technology Isherwell introduces in his presentation is a smart phone that can sense the user’s emotions and suggest actions to take based on those emotions. Isherwell states that the impetus for this invention was his own need and desire for a friend. Presumably, the smart phone is a stand-in for the friend he never had.

The autistic community has often been criticized for preferring technological interactions to human ones. However, I think this emotion-detecting tech could be useful for a lot of people. I can see it coming in handy for neurotypical men who have been victims of toxic masculine culture. I can also see it coming in handy for myself, as a neurodivergent woman, because sometimes I don’t understand my feelings until later. This isn’t a result of any inherent autistic deficit, but rather a learned pattern of putting off feelings while I am in the world, masking, until I am home, in a safe environment, where I have space to process them.

But for Peter Isherwell the implication is: He doesn’t feel emotions, doesn’t understand emotions, doesn’t have friends, and this is inherently bad. He came up with this sad smart phone to do what All Normal Humans know how to do.

Isherwell is obsessed with data. He touts the ability to predict the exact time and manner of anyone’s death to 96.5% accuracy based on a vast data banks and complex algorithms. He is interested in categorizing people, at one point stating he has identified “eight fundamental consumer profile types” into which he can fit the entire human race. He behaves in obvious socially inappropriate ways, at one point smelling a woman’s hair as she presents to a group.

Isherwell doesn’t care when his plan to mine the comet for precious minerals goes awry and annihilates the planet and billions of human lives—that is, he cares that his plan didn’t work, but he pivots quickly, without regard for suffering or lives lost. He has a backup plan. And when that backup plan causes him to witness a violent death in very close quarters, he again has no emotional reaction.

I suspect that those who made and oversaw the choice to depict Isherwell this way are afraid of autistic people. Or maybe a better way to put it is, they believe that autistic people are inherently frightening, and they have no problem with characterizing (caricaturizing?) them as devoid of morals, empathy, or feeling beyond data and money.

What we don’t understand can be frightening. Fear dissolves in the presence of knowledge. But the filmmakers’ lack of knowledge about autism and neurodiversity is stark, especially given that their two protagonists, astronomers played by Leonardo DiCaprio and Jennifer Lawrence, are almost certainly neurodivergent themselves. I wouldn’t be surprised if both characters are autistic, just not in the worn-out, dehumanized, stereotyped ways media like this has trained us to expect. They both work in a highly specialized field, which indicates an intense interest or passion in line with autistic tendencies.

DiCaprio’s character comes across as mathematically intelligent and socially immature, as he believes the people in power have good intentions (they clearly don’t) and falls into an extramarital affair without considering the effect on his loving and supportive family. Lawrence’s character has trouble interacting with others in social situations; her intensity is off-putting to those around her, and she is often misunderstood. As opposed to Isherwell, though, they would likely be labeled “high functioning” if assessed via the DSM. Translation: Autism that is less visible, which is not scary.

The most frustrating thing about Isherwell’s autistic coding is that it makes absolutely no difference to the story. His function in the plot is to stop the U.S. government from blowing up the comet and saving the planet when they have the chance. There are a thousand and one motivations and personalities the filmmakers could have chosen to meet that end. But they chose the stereotypical presentation of autism (which is not accurate, as autism is one of many neurodivergencies that present in infinite ways, and not a disease with static “symptoms”).

Perhaps Peter Isherwell’s characterization is meant to be a take on Elon Musk (who announced his “Asperger’s” in a bizarre fashion on Saturday Night Live). Musk’s true neurotype remains to be seen, and I am not going to speculate. Many have criticized his behavior as rude.

But autism is not a “get out of jail free card” for rude behavior. If we offend, we apologize and make things right, just like the neurotypical population. Isherwell and Musk don’t share any characteristics in the ways they speak, move, or dress.

I’ve seen satirical films be far more on the nose when portraying real people, and if McKay and company were aiming for Musk, they could have aimed more precisely with a different, non-autistic characterization.

Peter Isherwell is more than rude, though. He is amoral. It should go without saying that autistic people are not amoral. Far from it. The existence of one Elon Musk—or any number of tech billionaires with amoral attitudes—does not negate the existence of the overwhelming majority of neurodivergent people who care deeply about others, the planet, and have a deep sense of justice, to whom morality and living in alignment with their values is of utmost importance. I would be remiss not to evoke the name of Greta Thunberg, the passionate autistic climate change activist, who could have been a partner in this project, but who likely would have been offended and alienated by Isherwell’s treatment.

A work of satire is not exempt from this kind of criticism. Just because a film is unbelievable or ridiculous to make a point doesn’t mean those filmmakers have no social responsibility. Indeed, given the film’s message, the filmmakers seem to feel they have Great Social Responsibility. But in making their Great Political Statement for the Greater Good to shake us out of Our Complacency, they trampled a minority group that has historically and consistently been misunderstood and maligned in the media.

For no good reason.

The sense of social responsibility that galvanized Adam McKay and his team to create Don’t Look Up is the same sense that should have kept them from villainizing autistic people using outdated, offensive, and harmful stereotyping.

Peter Isherwell’s autistic characteristics are the only real reason given for his lack of morality. In other words, he is a bad person because he is autistic-coded. Autism was a short-cut to creating a villain. This—the ableism, the insistent lack of understanding, the lack of even an attempt at understanding, the perpetuating of untrue stereotypes, the harm done to neurodivergent people directly as they watch and indirectly as yet another disturbing portrayal of autism seeps into our collective consciousness—this is immoral.

It is severely disappointing to see a massive production house like Netflix signing off on this treatment of an autistic-coded character. I don’t know whether they consulted with anyone to consider disability representation, but if so, it seems that any advice given was not implemented. It is also disappointing to see how many big-name Hollywood actors and artists signed up to be in this film, who would have presumably been able to comment on—and object to—this character’s depiction. Notable among the large cast are Leonardo DiCaprio, Jennifer Lawrence, Meryl Streep, Cate Blanchett, Jonah Hill, Tyler Perry, Timothee Chalamet, Ron Perlman, and Ariana Grande.

Unlike with other recent films (Sia’s debacle debut film Music, for example), not much has been said in the media protesting this portrayal of autism. Perhaps the perception is that filmmakers and producers have wiggle room because they never use the word a-u-t-i-s-m. I disagree. They made their villain—and their stance—indisputably clear. 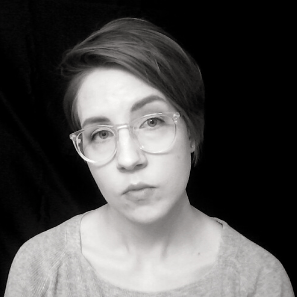 Allison Wall is an American writer.

She has an MFA in Creative Writing from Hamline University and has published short speculative fiction and personal essays and book reviews.

Allison is trained as a classical singer and pianist, and she works as a music teacher, dissertation editor, and academic tutor. She has a beautiful tabby cat named Sybbie and Celiac disease (please keep the gluten at a safe distance).

In the general chaos of 2020, Allison found out she is neurodivergent (autism, ADHD). She is passionate about sharing her experiences, advocating for empathy, and creating a world in which neurodiversities are seen on an inclusive spectrum, and not pathologized as illnesses. To that end, she runs NEURODIVERSION, a monthly newsletter that centers neurodiverse news, research, and current events.