Review of Amazon Original: "As We See It."

By Nils SkudraThis weekend I had the opportunity to finish watching the new Amazon Prime series As We See It, a compelling 8-episode portrayal of..

This weekend I had the opportunity to finish watching the new Amazon Prime series As We See It, a compelling 8-episode portrayal of three young autistic adults dealing with the challenges of independent living.

This series provides a highly insightful and sensitive look at the issues that young adults on the spectrum are confronted with and the ways in which they cope with these challenges. Furthermore, the show makes a significant contribution to the representation of autistic characters by featuring actors who have autism in real life. Given that most autism- or disability-themed films tend to star neurotypical or able-bodied actors in the roles of disabled protagonists, As We See It takes a substantial leap in the direction of authentic representation, and its depiction can hopefully provide a model for future films and miniseries about autism.

The series revolves around Jack (Rick Glassman), Harrison (Albert Rutecki), and Violet (Sue Ann Pien), three autistic adults in their early to mid-twenties who share an apartment in Los Angeles. They are looked after by their life coach Mandy (Sosie Bacon), who sets an agenda of daily goals that she expects them to fulfill as part of transitioning to full-fledged independent living.

Each of the three roommates displays their own unique set of idiosyncrasies. For example, Jack, who works at Cooper Dawn Publishing Company, is highly outspoken and blunt, often displaying a tactlessness in his interaction with his roommates and with his colleagues at work – he calls Harrison “morbidly obese and stupid” and states that his boss has “inferior intelligence.” Harrison exhibits a fear of leaving the apartment and an extreme sensitivity to loud noises; when Mandy encourages him to walk from the apartment to the local Starbucks, he is frightened by a dog barking, which prompts Mandy to rush to his aid and walk him back to the apartment. Violet, who works at Arbee’s, has an obsessive fixation on sex, constantly talking about her desire to have sex with her dream boyfriend, as well as a desire to be “normal.” This gets Violet into trouble at work when she asks a customer about having sex, which infuriates the customer’s wife.

The lack of social tact that Jack and Violet display in their interactions is very common among individuals on the autism spectrum since they tend not to have the filters necessary for proper conversation. Due to this absence of inhibitions, they often will say things that have the effect of offending other people, which can be detrimental to their prospects for making friends or, in some cases, keeping their jobs. This is evidenced by Jack insulting his boss, which prompts Mandy and Jack’s father Lou (Joe Mantegna) to tell him that he must go back and apologize if he hopes to keep his job. This is particularly challenging for Jack since he is convinced that he was right and cannot admit to being wrong, but due to his father’s cancer diagnosis, it is critical for Jack to keep his source of income and remain financially secure in the event of his father’s death.

Family relationships for young autistic adults are another important element that the series explores. This is illustrated in the case of Violet’s relationship with her brother Van (Chris Pang), who displays a controlling and over-protective streak by prohibiting Violet from using dating apps on her mobile phone since he fears that she will be rejected or taken advantage of due to her disability. Looking out for Violet puts a strain on Van’s relationship with his girlfriend Salena (Vella Lovell) since she expects more commitment from him.

Van’s concerns seem to be confirmed when Violet goes behind his back and dates a man she found on Bumble, who leaves her alone at the café when he deduces from their conversation that she has autism. Consequently, Van rushes to the café to bring Violet home and takes away her mobile phone and replaces it with a new phone that does not have Internet access, prompting her to have a volatile argument with him.

The ability of young autistic adults to make friendships is also explored through Harrison’s interaction with a young boy named A.J. (Adan James Carrillo), the upstairs neighbor whom he meets while sitting alone on the stairs. A.J. finds common ground with Harrison since neither of them really have any friends, and he is intrigued by Harrison’s knowledge of history. He lends Harrison a walkie-talkie so that they can communicate, but A.J.’s mother vehemently objects since Harrison is in his mid-twenties while her son is only ten years old, and she threatens to call the police if she ever finds this “weirdo” in A.J.’s company again.

This leads Mandy to come to Harrison’s defense, saying that he is not a “weirdo” and that he is one of the gentlest people she knows. She subsequently has another conversation with A.J.’s mother, stressing that Harrison does not have any friends and that spending time with A.J. has been very beneficial for him, finally convincing A.J.’s mother to agree to let them hang out on the condition that they only do so within the premises of the apartment building.

Through his friendship with A.J., Harrison musters the courage to leave the building and take public transit so that he can attend a yoga session hosted by a model that he has watched on TV. However, this leads to a misunderstanding when one of the attendees calls the police about Harrison coming to the session with an unsupervised minor, and once again Mandy must travel across town to resolve the situation.

This finally prompts A.J.’s mother to put an end to their hanging out, emphasizing that she knows Harrison would not hurt anyone but that she must protect her son. This is a heartbreaking development for Harrison, but he nonetheless makes a significant stride in his ability to leave his comfort zone and commute independently, though he also learns a painful lesson about respecting other people’s boundaries.

Jack’s concern for his father’s illness leads him to investigate Lou’s medical records, which results in a meeting with a nurse named Ewatomi (Délé Ogundiran), who is initially hostile since Jack blatantly disregards her insistence that she cannot violate patient confidentiality. However, she gradually becomes impressed with his directness and brutal honesty – he states very matter-of-factly: “When I first met you, I thought you were a very rude person, and you are” – and she agrees to meet him again. When Jack goes to visit his aunt and uncle, his bluntness changes the tone of the meeting when he spontaneously blurts out that his father has cancer, although Lou tries to sugarcoat the situation by saying it’s nothing that he can’t handle.

Consequently, Lou has a conversation with his sister about becoming Jack’s legal guardian, but she is highly resistant to this prospect since she notes that Jack “was not easy to be around” as a child due to his frequent tantrums and aggressive behavior toward her own children. Because of this, Lou places more pressure on Jack to become financially independent, countering Jack’s claims to the contrary by emphasizing the suspension of Jack’s driver’s license and how he has been covering virtually all of Jack’s finances.

Meanwhile, caring for the three roommates takes a toll on Mandy’s personal life since her boyfriend Joel wants her to move to Berkeley with him so that she can follow the path of becoming a doctor. When he informs her that she has been selected for an internship at UCSF, she is ambivalent about whether to accept the offer since she has become deeply invested in the lives of Jack, Harrison, and Violet, and she has developed a strong personal affection for them. The series thus provides an intriguing look into the perspective of life coaches, as well, since working with young adults on the spectrum can be a bonding experience, but in Mandy’s case, she is concerned about whether it might be holding her back from pursuing her long-term career aspirations.

Van reassures her that the work she does is important, stating, “You have a gift. You’re making a difference.”

One of the major themes that the series addresses is the desire of young autistic adults to be “normal” and pass in mainstream society.

This is illustrated in the case of Jack and Violet, both of whom shun the company of other adults on the spectrum in favor of neurotypical partners. For Violet, this results in heartbreak when she has sex for the first time with a coworker named Julian and is convinced that he is in love with her, only to learn that it was a hook-up for him, which results in a meltdown and the loss of her job. Mandy reassures her that “what happened with Julian is normal” and that break-ups and hurt from them normally occur. In Jack’s case, he cannot mask his neurodiverse traits, and he asks Mandy,

“Is it obvious that I am not normal? Am I not passing?” She responds: “You are such a beautiful person that you should not have to hide who you are.”

This is a very poignant observation since many adults with autism, particularly those who can blend more, try to pass by masking their behaviors, but studies have shown that this can have detrimental long-term effects on their psychology.

More recently, autism advocates have emphasized the importance of embracing their neurodiversity since it is part of their identity. This is further reflected in an exchange between Violet and Douglas, a young autistic adult who is interested in her, when she states, “I want a normal boyfriend.” He replies, “What’s the big deal about normal?”, which prompts her to open herself to him. This is an extremely critical part of the message that this series articulates since it encourages young adults on the spectrum to embrace their identity instead of trying to pass and shun other people who share their diagnosis.

In summation, As We See It is a deeply moving and engaging miniseries that captures the challenges of young adulthood for people on the autism spectrum. It touches upon numerous themes that viewers will find relatable, such as family relationships, the desire for independence, and the question of passing vs. embracing one’s identity.

The series’ casting of autistic actors in the roles of autistic protagonists is also inspirational since it brings greater authenticity to, and more genuine representation of, people with autism.

As Hollywood continues to strive for representation of diversity, As We See It can encourage more actors on the spectrum to represent themselves on screen and thereby make a genuine connection with viewers who have a firsthand understanding of the characters being portrayed. 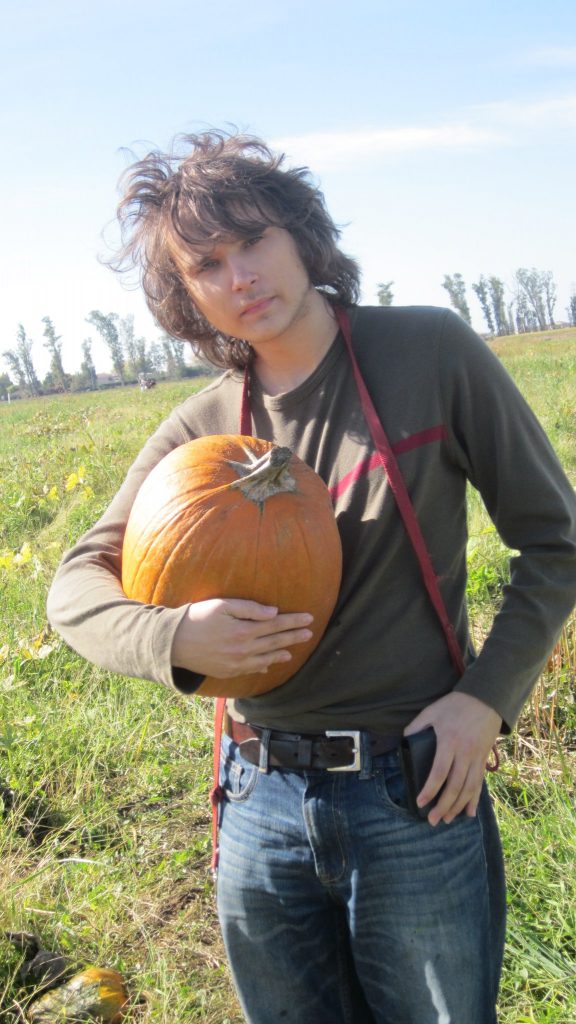 I am an artist on the autism spectrum. I received an MA specializing in Civil War/Reconstruction history at the University of North Carolina, Greensboro, and I have been drawing hundreds of Civil War-themed pictures since the age of five and a half. I recently completed a secondary Master’s in Library and Information Sciences. As a person with Asperger’s Syndrome, I have a very focused set of interests, and the Civil War is my favorite historical event within that range of interests. It is therefore my fervent desire to become a Civil War historian and have my Civil War artwork published in an art book for children. I am also very involved in the autism community and currently serve as the President/Head Officer of Spectrum at UNCG, an organization I founded for students on the autism spectrum. The goal of the organization is to promote autism awareness and foster an inclusive community for autistic students on the UNCG campus. The group has attracted some local publicity and is steadily gaining new members, and we shall be hosting autism panels for classes on campus in the near future.