October is National Disability History Month and National Disability Employment Awareness Month. Richard Pimentel was one of the first disability activists to work with United States government agencies and Fortune 500 companies in diversity training and providing employment for people with disabilities

This week I had the opportunity to watch Music Within, a 2007 biographical film about Richard Pimentel, a Vietnam veteran who returned with tinnitus and became a fervent advocate for disability rights.

I previously saw this film several years ago, and I felt that it would be a perfect fit for a film review since it brilliantly captures the legal and social barriers that confronted people with disabilities during the 1970s and 1980s and how Pimentel’s experience motivated him to promote change. His advocacy efforts would play an instrumental role in creating employment opportunities for the disability community and in bringing about the passage of the Americans with Disabilities Act in 1990.

The film opens with Richard Pimentel (portrayed by Ron Livingston) reflecting upon his childhood. Through a series of flashbacks, it is revealed that his mother (Rebecca De Mornay) became mentally unbalanced after a series of miscarriages and left Richard at a Catholic orphanage for two years following his birth. Although she eventually brought him back home, Richard’s upbringing was highly dysfunctional since his mother would light birthday candles for each of the babies that she had miscarried, and whenever he came home from school, he would find her unconscious after overdosing on sleeping pills.

Richard spends much of his time with his father, helping to kill chickens for their poultry business, which he elaborates upon when speaking in front of his class. Richard eventually loses both of his parents – his mother is committed to a mental health institution while his father dies after falling and being crushed by a barrel of soy sauce – but over the years he discovers his talent for public speaking and utilizes it in the hope of earning a scholarship for college.

As a young adult, Richard aspires to attend Portland State University, where he meets Dr. Padrow (Hector Elizondo), a professor of public speaking and founder of the College Bowl program. After making an unsuccessful audition, he is told by Dr. Ben Padrow that while he has talent, he lacks conviction since there was nothing substantive in his monologue, and therefore he should live a full life in order to find his true calling. Richard subsequently enlists in the military since it will guarantee coverage for his college tuition under the GI Bill, and he is deployed to Vietnam, where he is sent on reconnaissance missions.

One night, while drinking beer with his comrades in a bunker, a high-velocity rocket explodes, resulting in the loss of half of Richard’s hearing and leaving him with permanent tinnitus, characterized by ringing in his ears. Consequently, while he can discern normal speech in most cases, he will have difficulty making out consonants, which he is told will prevent him from being successful in college.

In spite of resistance from an insensitive VA official, Richard insists that he will attend Portland State University, receiving a veteran rehabilitation grant through the aid of Dr. Padrow. During his college studies, he meets Mike Stoltz (Yul Vázquez), a fellow Vietnam veteran who has lost a leg and is extremely volatile, at one point throwing a garbage can through an office window.

As Richard connects with Mike’s circle of Vietnam vets, Richard observes the challenges they now struggle with, including alcohol and drug use, PTSD, and obstacles to employment based on their war-related physical disabilities. Due to his own experience, this instills Richard with a determination to improve his ability to communicate through reading lips, as well as a desire to help disabled veterans find employment.

Richard also meets Art Honeyman (Michael Sheen), a man with severe cerebral palsy who displays a remarkable brilliance combined with a foul-mouthed, obscene sense of humor. The two connect immediately, and Richard takes it upon himself to take care of Art, pushing his wheelchair and taking him to a college dance party.

During the event, they accidentally run into Christine (Melissa George), a free-spirited young student who is amused by Art’s bluntness and charm, but Richard quickly confronts her boyfriend when he observes him making derogatory remarks about Art through lip-reading.

I know you were calling him a retard, because I can read lips. Well, he’s not a retard. He’s much smarter than probably the three of us put together, and certainly smarter than you. He’s got cerebral palsy, which means his brain functions normally, but his body is weak.

Although Christine is initially offended by Richard’s aggressiveness, she agrees to take him and Art to a hippie concert, where Richard is able to get entry for Art by pretending that he is having his hand bitten and then takes Art inside as the ushers run for help. Richard and Christine soon develop a romantic relationship, but he is insistent that it should be monogamous, which contrasts with the open lifestyle that she has been leading. She grudgingly agrees to this, and she begins spending more time with Richard, engaging in social activities and helping him take care of Art.

Things take a lifechanging turn when Art asks Richard to take him out for a pancake breakfast. They arrive at a restaurant with no accommodations for people in wheelchairs, forcing Richard to carry Art up the stairs, and featuring a sign stating “We reserve the right to refuse service to anyone.”

When they sit down at a table, a waitress comes over and tells them that they should leave since Art is making the other customers very uncomfortable. When Richard and Art refuse, the waitress says to Art, “You’re the most disgusting thing I’ve ever seen. I thought people like you died at birth.”

After the two of them persist in demanding service, they are arrested for violating an “Ugly Law,” a statute from the P.T. Barnum era which prohibits individuals with disturbing impairments or deformities from appearing at public facilities.

This episode inspires Richard to embark upon a career in disability advocacy, throwing himself into developing a training program for employers to hire people with disabilities. Through these efforts, he helps Mike and other disabled veterans find employment, with Mike joining Richard as a leading member of his team.

Richard’s endeavors earn him the attention of the governor’s office, which invites him to go on a speaking tour for the purpose of educating employers about disability awareness. This places significant strain on Richard’s relationship with Christine, who feels that he enjoys absorbing the public attention and has thus become more emotionally distant. This eventually prompts Christine to end her relationship with Richard. In addition, because of Mike’s volatile attitude, Richard is pressured to dismiss him, which ultimately results in Mike’s suicide.

The loss of Mike forces Richard to realize the degree to which the immersion in his work has affected his relationships with those close to him. He seeks Art’s input on his new disability training manual, Tilting at Windmills, and Art provides a deeply insightful observation:

When people see me, they ignore me. Because I am so disturbing to their sense of what is human, that it makes them feel.

This reflection reinforces Richard’s conviction to transform people’s attitudes about disabilities, and in 1988 he begins speaking on public radio about the impending Americans with Disabilities Act, as well as the AIDS crisis.

Following the death of his mother, however, he is haunted by the memory of Mike and leaves the gas turned on in his house but is saved when Christine, now engaged to someone else, knocks frantically on his door and turns the gas off. During their subsequent conversation, she gives Richard words of encouragement, convincing him to continue his work instead of carrying the burden of his mother’s mental health, and he takes her words to heart.

Richard’s advocacy efforts ultimately contribute to the passage of the Americans with Disabilities Act in 1990, and he speaks to a disabled audience, telling them that they have made a difference in other people’s lives and that he has truly found the music within himself through his work. The film concludes with Richard and Art going back to the same restaurant where they had been discriminated against twenty years earlier, now fully renovated with a wheelchair ramp and staffed by people with a welcoming attitude.

Upon being served a pancake breakfast, Richard jokingly remarks, “That was the slowest service I’ve ever had. Only took twenty years to get these pancakes.” The epilogue then elaborates upon Richard’s work with U.S. government agencies and Fortune 500 companies in diversity training and providing employment for people with disabilities, together with Art’s career as an author and his close friendship with Richard which continues to this day.

Music Within is an inspiring film characterized by stellar performances and a captivating plot. Ron Livingston delivers a superb performance as Richard Pimentel, capturing his conviction and passionate commitment to social justice. Michael Sheen brilliantly portrays Art Honeyman’s charm and sharp wit, delivering a performance that is both humorous and deeply compelling.

Although critics may argue that Sheen’s portrayal poses serious issues of representation since he is an able-bodied actor, I believe that he captures the symptoms and challenges of cerebral palsy very convincingly, and it is definitely an Oscar-worthy performance.

Furthermore, the film profoundly captures the obstacles that confronted disabled Vietnam veterans and members of the broader disability community during the 1970s and 1980s, sending a poignant reminder that the ADA accommodations we take for granted today had to be won through dedicated advocacy and activism on the part of Richard Pimentel and others. In light of the ongoing advocacy efforts in the disability community today, I would highly recommend this film as an informative piece on the progress that has been made in the field of disability rights and how contemporary activists can follow Pimentel’s example. 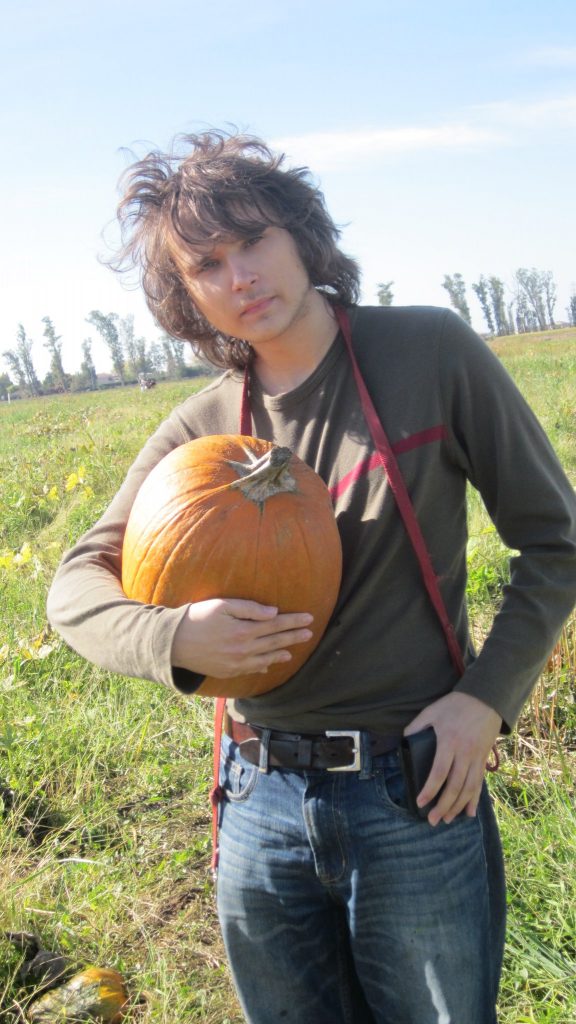 I am an artist on the autism spectrum. I received an MA specializing in Civil War/Reconstruction history at the University of North Carolina, Greensboro, and I have been drawing hundreds of Civil War-themed pictures since the age of five and a half. I’m now working on a secondary Master’s in Library Science. As a person with Asperger’s Syndrome, I have a very focused set of interests, and the Civil War is my favorite historical event within that range of interests. It is therefore my fervent desire to become a Civil War historian and have my Civil War artwork published in an art book for children. I am also very involved in the autism community and currently serve as the President/Head Officer of Spectrum at UNCG, an organization I founded for students on the autism spectrum. The goal of the organization is to promote autism awareness and foster an inclusive community for autistic students on the UNCG campus. The group has attracted some local publicity and is steadily gaining new members, and we shall be hosting autism panels for classes on campus in the near future. 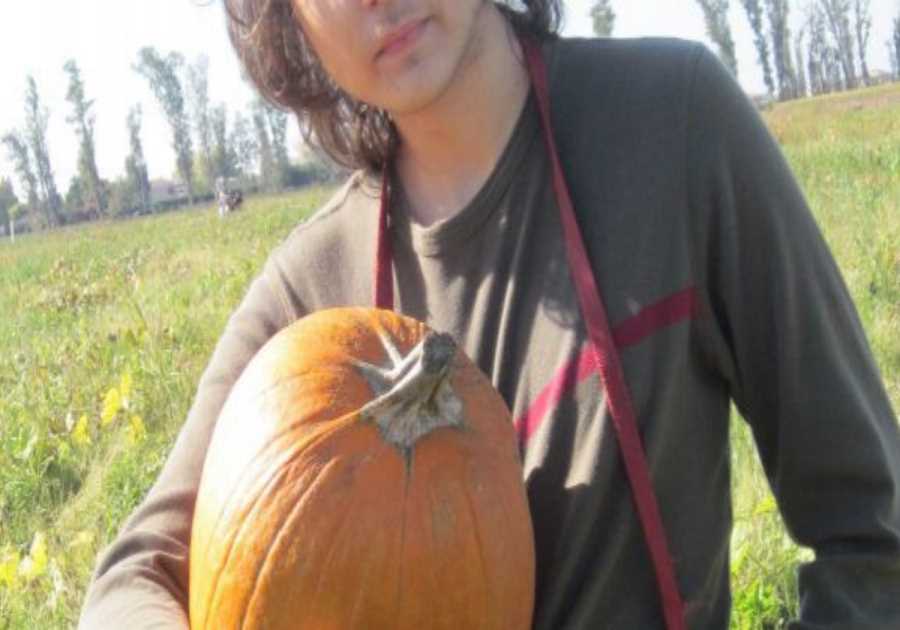 Award-Winning Film My Left Foot (1989), Worthy of a Rewatch 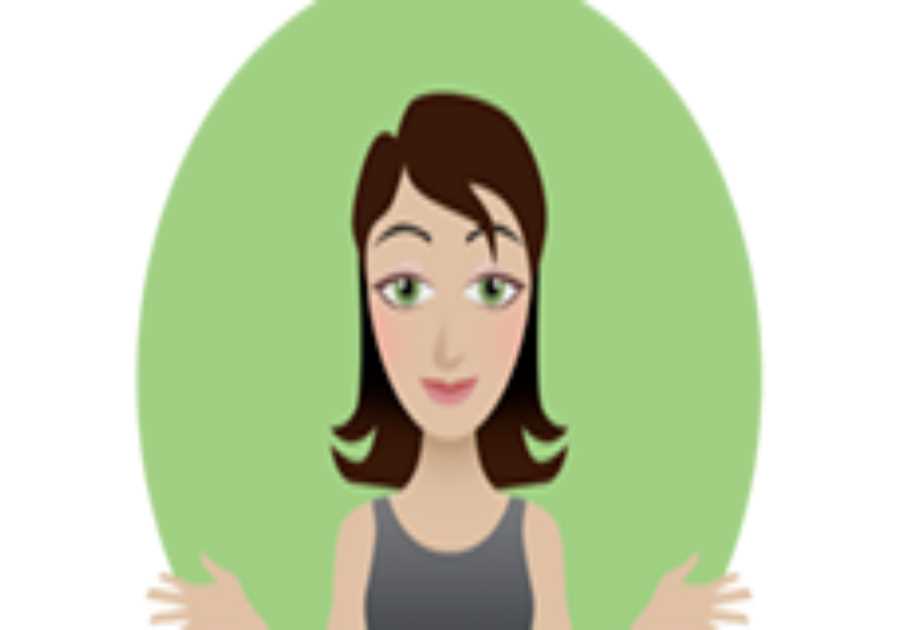 Empathy: A magic tool to connect with complex kids & teens 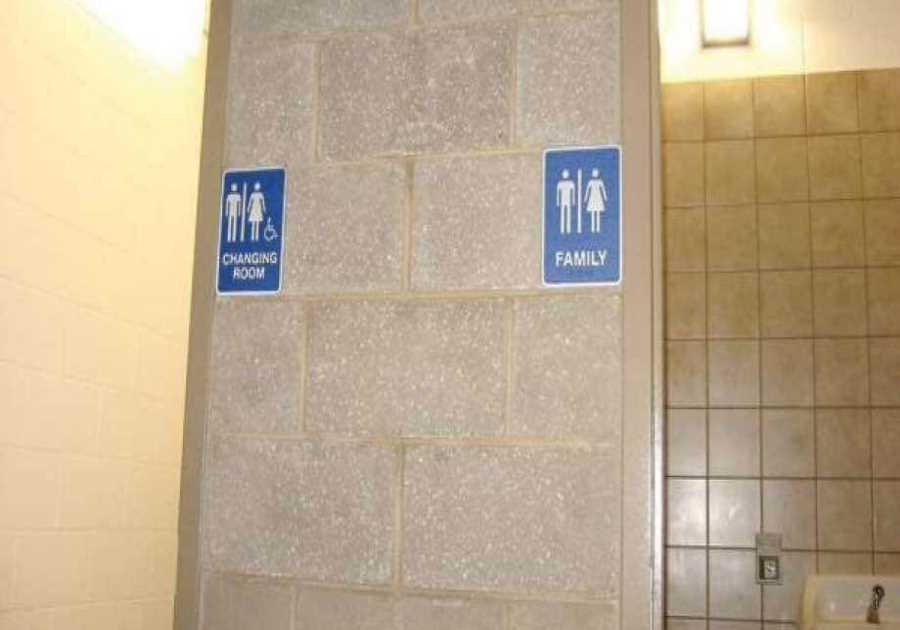 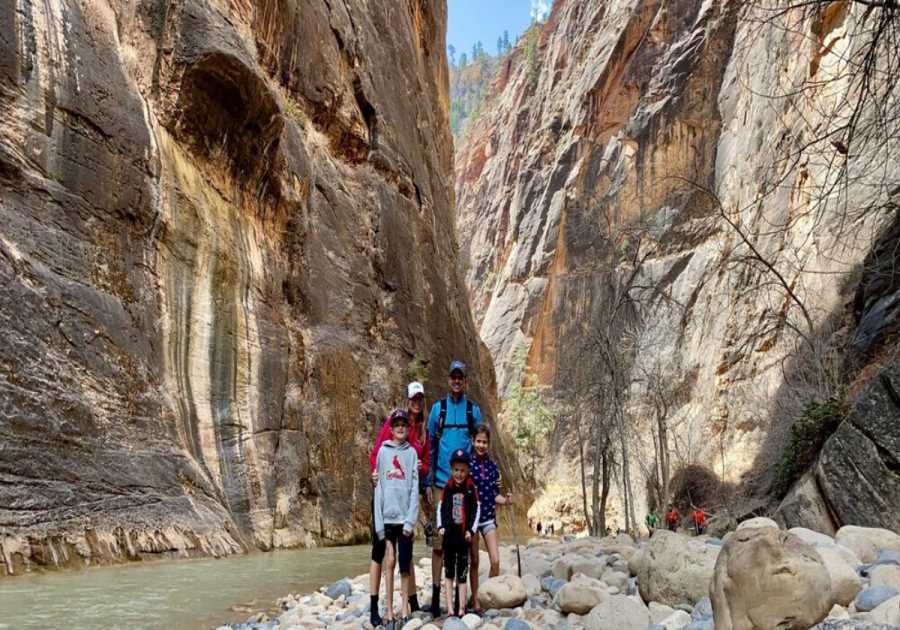 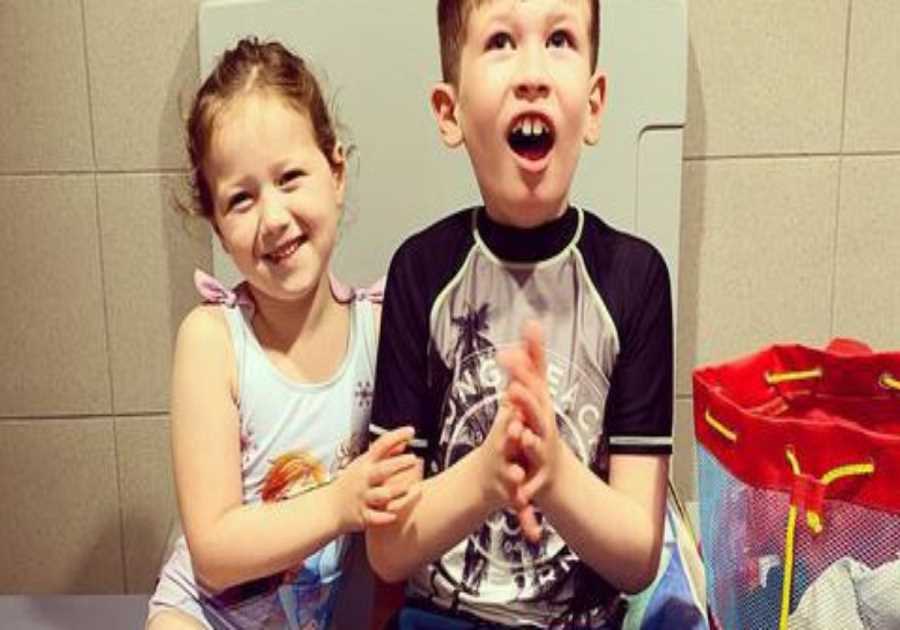 International Day of People with Disabilities

This is what I prayed for

Why I get anxious when there is no certainty